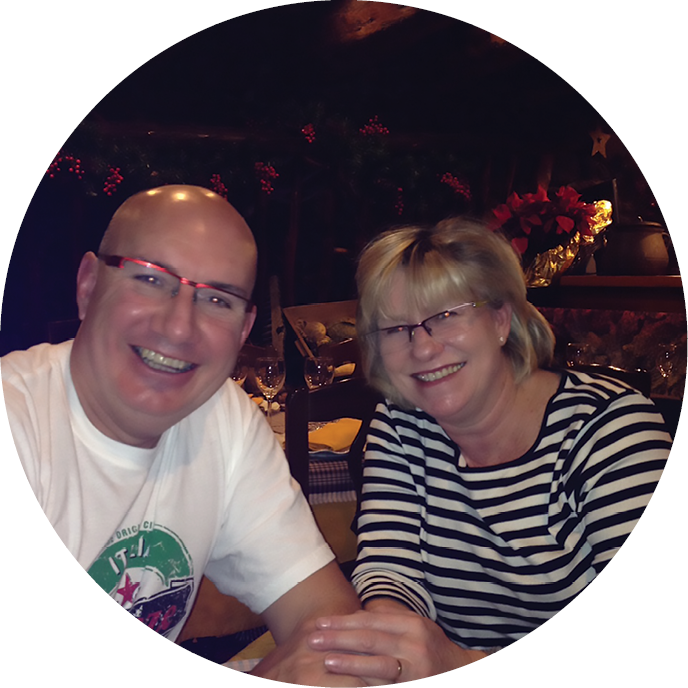 In February 2010, Mark and his wife Madonna both went for a medical check-up. Madonna had been going for breast screening regularly for a few years and after turning 50 the year before, it had been on Mark's agenda. Remarkably, Madonna was diagnosed with breast cancer at the same time, almost to the day. Thankfully, this was caught very early on and the initial treatment she underwent eradicated the disease.


Reflecting on this stage of his life, Mark says, "That was an unbelievably difficult and traumatic time because you need to come up to speed very quickly on what it is, what it means and the multitude of differences. At that stage, our children were 18, 16 and 8 so we still had a relatively young family and we both sat there, looked at each other and went "oops".

Mark had lived a relatively healthy and active life, had not suffered from any symptoms and admits that he knew absolutely nothing about prostate cancer other than he had heard of it.

At this point in time, Mark's mindset was "to just get this thing out of me", so he took an aggressive approach to treatment. Mark had radical prostatectomy in May 2010; additionally, he chose to have general radiation of the prostate bed immediately after.

"After the operation, I decided to take more responsibility for my health and started focussing on my diet and doing more exercise.


"I wanted to set myself a target of running a marathon within 12 months after the operation and I ended up completing the Paris Marathon in April 2011 and a couple of others.

Unfortunately for Mark, the cancer had spread from the prostate gland meaning his initial treatment was not able to eliminate the disease entirely. In the 7 years that have followed his initial diagnosis, Mark has had further operations and more recently Mark completed chemotherapy treatment in December 2016. He has additional stereotactic radiotherapy treatments scheduled at the PA Hospital this year.

"This aggressive disease has kept on coming back," says Mark. "You have to reset your mind and body each time. My strategy has been to stay as fit and healthy as I can to help cope with the treatments in the best way possible; if you haven't looked after your diet and body in terms of its strength, these treatments will knock you around."


Mark acknowledges that there is no current cure at this stage for prostate cancer once it spreads from the prostate gland. He does recognise however just how vital medical research is and attributes it to him still being here today, allowing him to experience cherished moments with his family.

"The research and what is coming down the pipeline is allowing me to experience another half a dozen years that 7 years ago, I simply didn't think were there."


Mark has had to go on a steep learning curve, conceding that he previously didn't know anything about the disease and the importance of bringing the topic of men's health out of the shadows. Since his diagnosis, Mark has taken it upon himself to be more open about men's health and encourages other men to do the same.
"I think it's important for blokes to talk about men's health more openly and take ownership of their health because there are a lot of fears and anxieties there but ignorance is not the way to go about this thing.

"Men's health has always been a secondary calling in men, I think people don't want to share because they see it as lacking courage. I think it takes more courage to actually talk about it and deal with it rather than burying your head in the sand with it.

"All my mates and the guys that I interact with, we will now often talk about those health issues because it is just not a big deal. Women have beaten us to the punch and breast cancer has moved to the point where it is a very treatable disease. "Men are catching up, but we need to do more – we've got a responsibility to our family and our friends to do more."