When men consider their health, they tend to think of their physical fitness, their weight, perhaps their diet and even their mental health – what they don't do enough is consider the health of their skin.

Whether it's misconceptions around manliness and skincare being something more traditionally undertaken by women or not, the least men should be doing is getting an annual skin check-up.

"By far the most common condition I treat is skin cancer, I see that in many men who wish in hindsight they'd protected themselves more carefully when they were younger," she said.

"I do see many men even in their 30s and 40s with their first skin cancer, and some of those are melanoma, which of course is a deadly skin cancer of which Australia has the highest rates in the world."

"When it has occurred, skin cancer can be treated by surgery or sometimes with topical treatments such as creams, but it can be a huge burden on somebody with time off work, risk of scarring, and the pain of treatment." 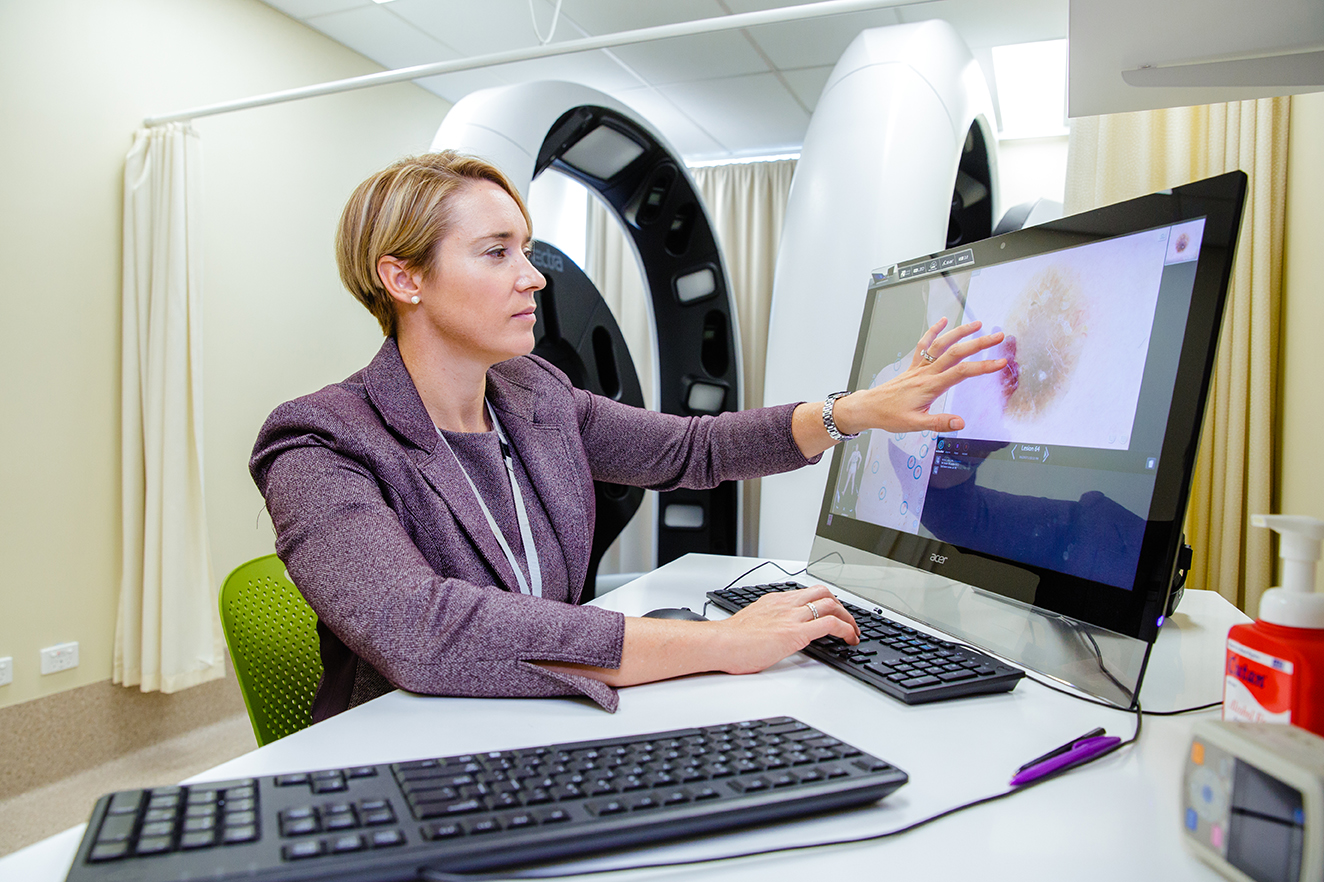 Statistics show rates of melanoma are dropping, especially among younger generations, however the biggest danger for men in terms of their skin, remains a reluctance to be vigilant about looking for changes in moles and freckles, as the earlier melanomas are identified the greater the chances are of survival.

"The biggest risk for men and skin cancer is not being aware of their skin, not keeping up self-skin checks and knowing when their lesions change, and also feeling sometimes a bit invincible," she said.

"Young men will think "it won't happen to me, it's so many years off that I don't have to worry about that". But in fact, the sun exposure we're getting in our childhood, teens, and 20s is causing very high rates of melanoma among men, and unfortunately, we often see men present later because they're not going to the doctor as often, they're not checking their own skin as often."

A/Prof McMeniman, who undertook her Ph.D. at the University of Queensland's Dermatology Research Centre (which receives funding support from the PA Research Foundation) said men should know even less concerning conditions such as dermatitis, acne and skin dryness can easily be addressed, as early intervention can prevent scarring.

Doctors, dermatologists and dermatology researchers have been encouraged by a growing acceptance of skin awareness among males and what they believe is the result of previous public health campaigns coming to fruition.

"The most positive trend in terms of men's skin issues has been that we seem to have hit the peak of our increasing rate of melanoma and we're starting to see, we think, the benefits of the skin cancer prevention, "slip, slop, slap", public health program to improve awareness about sun protection," A/Prof McMeniman said.

"We're starting to see the improvements of that now with slightly reduced rates of melanoma in patients at age 40 to 50.

"It's going to take some time to see if that flows through and we get to see that improvement in other sorts of skin cancer, but we're hopeful as people start to age who've grown up with this message we're going to see a vast improvement in what we have seen from the last generation.

"With their rates of skin cancer being very high with up to 80% of people having a keratinocyte cancer by age 60 and one in 15 with a lifetime risk of melanoma. Those were really scary rates, which we're hoping will start to improve with this message of public safety around sun protection."